NEW YORK CITY was our furthest point East, and we have now turned 180 degrees and are heading west. We drove 2,200 miles from Indio to NYC at an average of 8 mpg—not too bad! 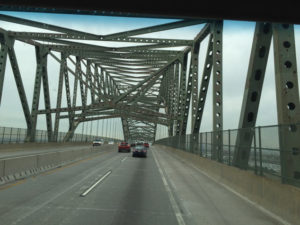 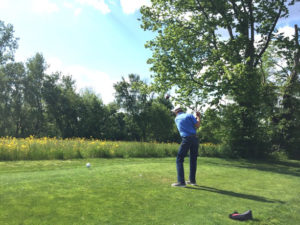 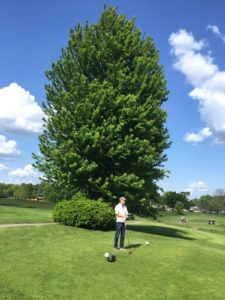 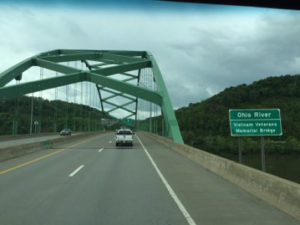 We drove five hours from NYC to Bedford, PA. The city was fantastic, but it’s nice to be back in the country. It rained the last half hour of our drive, and it rained all night and the next morning. Yep, can see why everything is so green and beautiful!

Up the next morning determined to drive out of the rain- and we did! Hopefully we can put these jackets and jeans away for awhile and get back to shirts and shorts.

Finally exited Pennsylvania, drove through a small northerly section of West Virginia and into Ohio. All very pretty countryside, along Hwy 76 and Hwy 70.

Signed up for 9 holes (oh, they only have 9 holes). Asked if they had a driving range, “Yes, but you have to use your own balls!”-We decided to skip the range. Can’t complain though, we paid the Senior Twilight rate of a whopping $16 per person (and that included the cart)- We enjoyed it. (Still in jeans)

Not exactly the bargain of yesterday, but played a full 18 holes for the Senior rate of $21 per person including cart- and for an additional $4 each, we signed up for lunch! The golf was great…the lunch…not so much. But we sure are enjoying these local courses that are definitely not on the PGA Tour, but very playable nonetheless (and not wearing jeans and jackets anymore!) 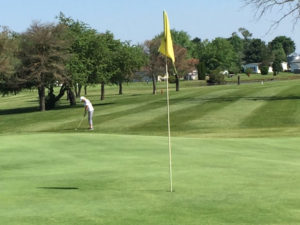 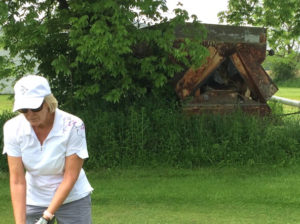 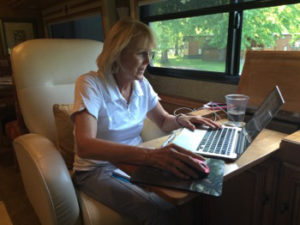 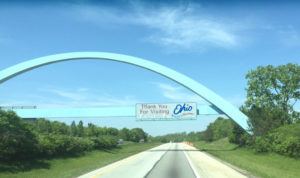 Editor’s note (For all my girlfriends):

As reportedly previously, we visited Macy’s, Philadelphia, with the beautiful Organ from 1911. Being the little shopper’s that we are, we went to Macy’s again in NYC, but we previously neglected to report that the NYC Macy’s is their largest store (in fact the largest retail store until 2009 when So. Korean department Shinsegae took over). The NYC store is 2.2 million square feet- HUGE! I must report, in fact I am obligated to report, that John bought on small jacket in the Philly Macy’s, but I bought much more (on sale!) in NYC! 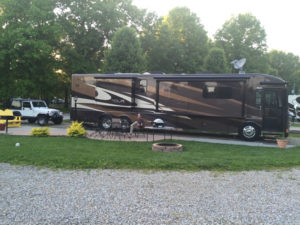 We had a great campsite at the Buckeye Lake KOA, Buckeye, OH. 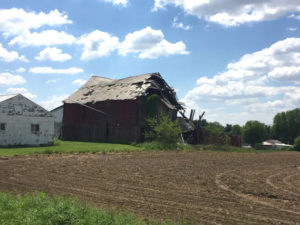 John saw this old barn as an opportunity…I saw something else…and we kept on driving. 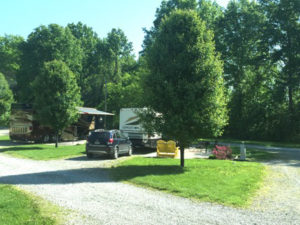 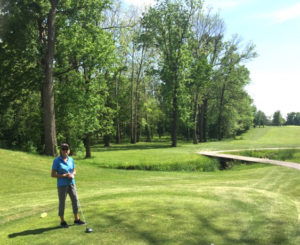 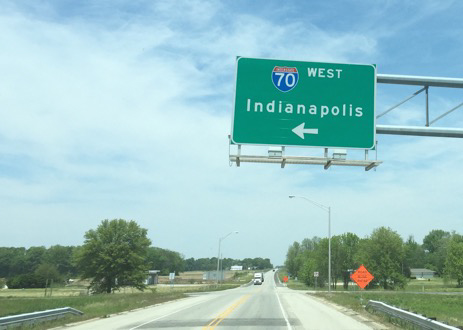 Adventures in the Winnebago, No. 9

ADVENTURES IN OUR WINNEBAGO, NO. 11
Scroll to top